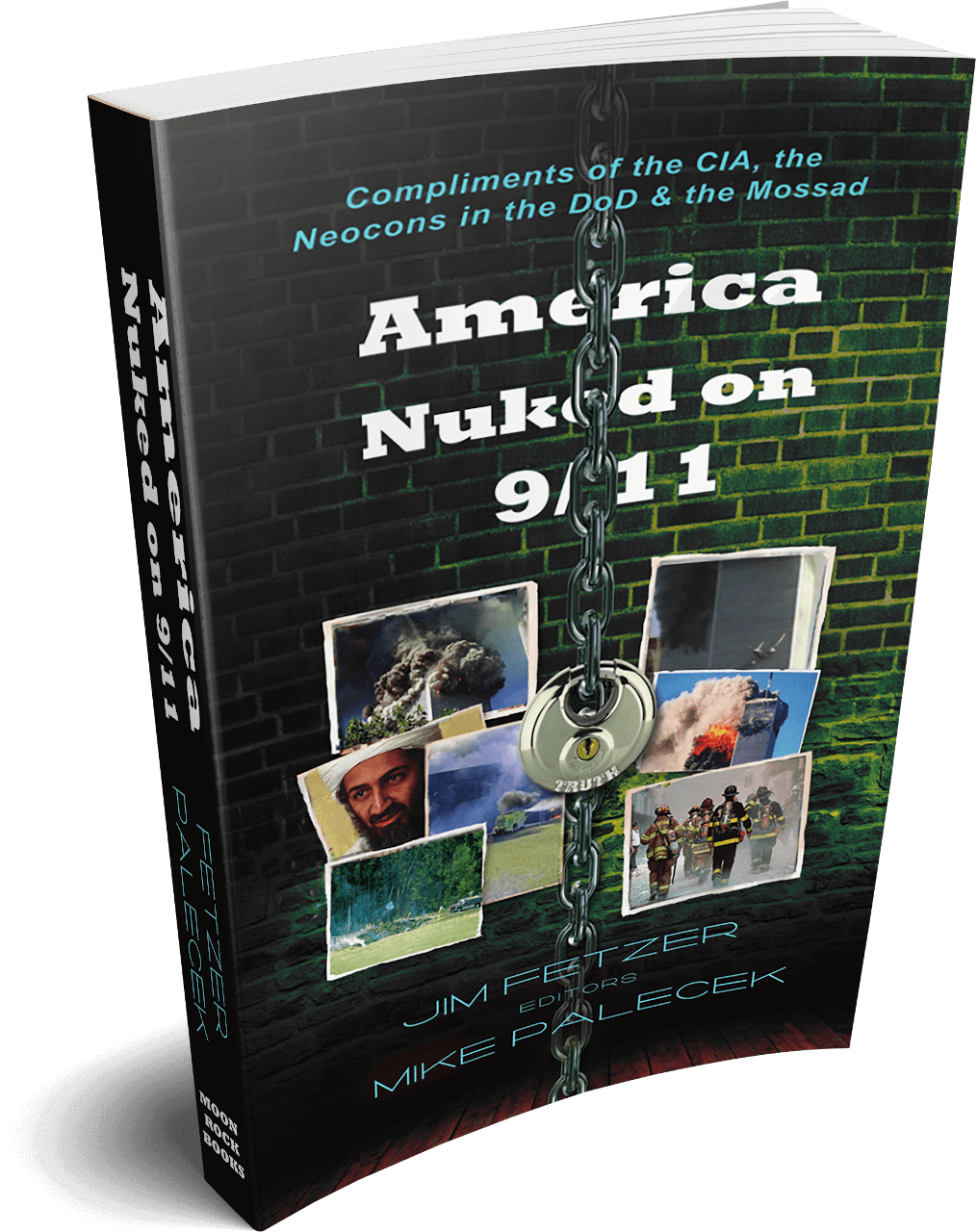 Compliments of the CIA, the Neocons in the DoD & the Mossad

If you want to know the WHO, the HOW and the WHY of 9/11, this book provides the answers. In 28 extensive, thorough and detailed studies, 14 authors contribute their expertise on different aspects of 9/11 to resolve the issues decisively. 9/11 was brought to us compliments of the CIA, the neocons in the Department of Defense and the Mossad in order to justify the transformation of U.S. foreign policy from one in which we never attacked any nation that had not attacked us first to one in which we became the greatest aggressor nation in the world, launching a series of invasions intended to take out seven governments over the next five years, as Wesley Clark, former Commanding General of NATO, has explained. It hasn’t played out that way, but not for lack of trying.

You will discover here that the most prominent 9/11 organization, A&E911, has been running a limited hangout focusing on the use of nano-thermite, an incendiary, which has long since been demonstrated to be incapable of blowing the Twin Towers apart from the top down. While Richard Gage, Kevin Ryan and others acknowledge that other explosives may have been used, they refuse to explain what those could possibly be. Although their studies were based upon dust samples obtained from an apartment in the vicinity of Ground Zero, they deliberately ignore the far more extensive results of the U.S. Geological Survey’s dust studies, which reveal the presence of elements that would not have been there had this note been a nuclear event.

Moreover, the Journal for 9/11 Studies perpetuates the charade by publishing articles intended to perpetrate the false belief that a Boeing 757 hit the Pentagon. Because the Pentagon is our nation’s military command-and-control center, it was this event that justified declaring a “War on Terror.” But the proof that no plane hit the Pentagon is overwhelming and compelling. In fact, as surprising as it may seem, none of the official “9/11 aircraft” actually crashed on 9/11, as evidence from the “crash sites” and research by Pilots for 9/11 Truth has established. The public was conned by resorting to a series of sophisticated fabrications, reinforced by the major media. This book demonstrates we have lost our way and are now no better than a third world, banana republic.