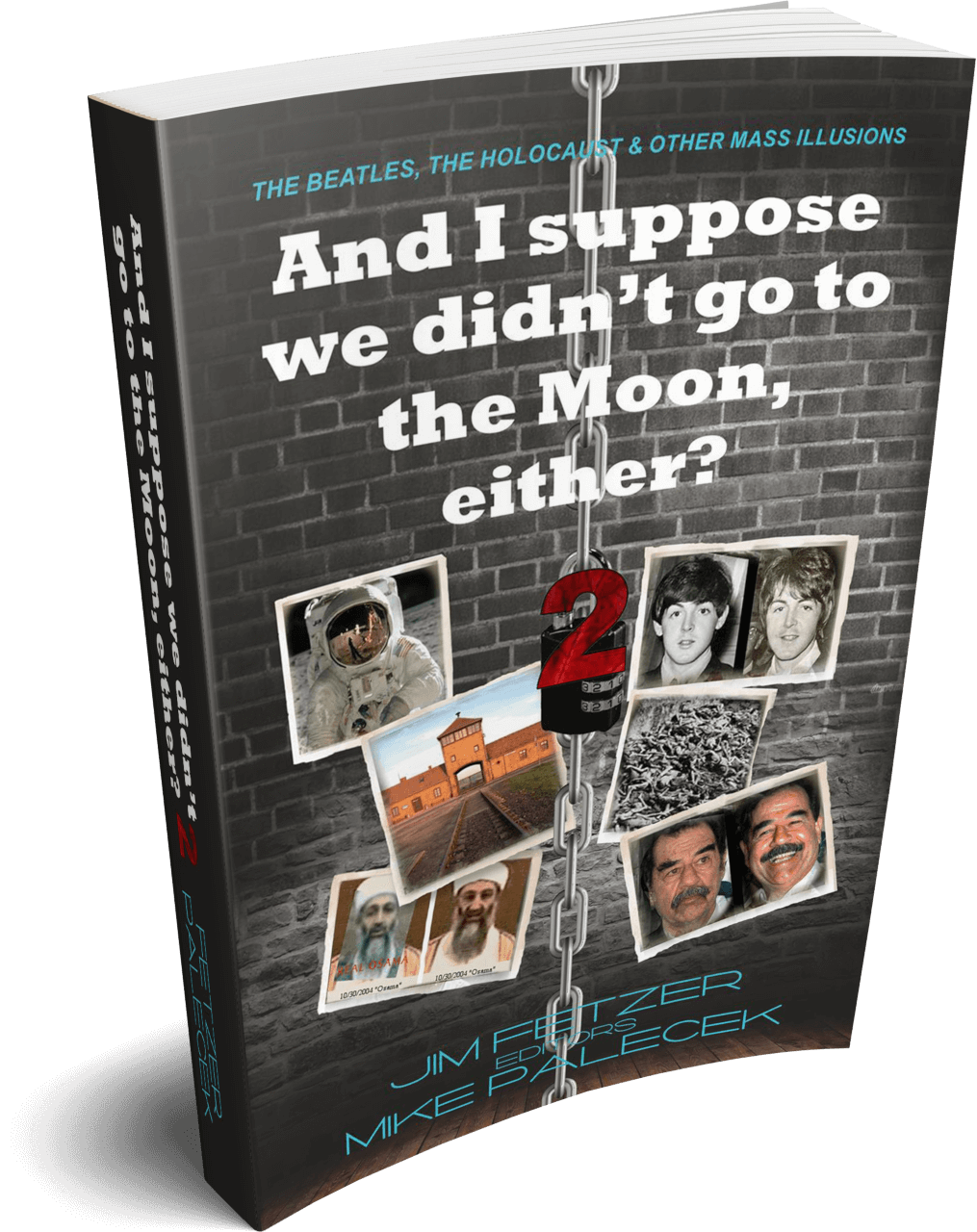 And I suppose we didn’t go to the Moon, either?

The Beatles, the Holocaust, and other mass illusions

Unlike the government, none of us have any reason to lie. Some might say, “This may be the most dangerous book in the world!” And they just might be right!

This book demonstrates—with scientific argument and empirical proof—that Man did not go to the Moon, that Paul McCartney was replaced after his death in 1966, and that the official narrative of the Holocaust cannot be sustained.

It also explains how and why the United States hung one of his doubles, not the real Saddam Hussein, and that Osama bin Laden was not killed by U.S. Navy SEALs in Pakistan in 2011, but died from his medical conditions in 2001, where it was politically expedient for him to die a second time.