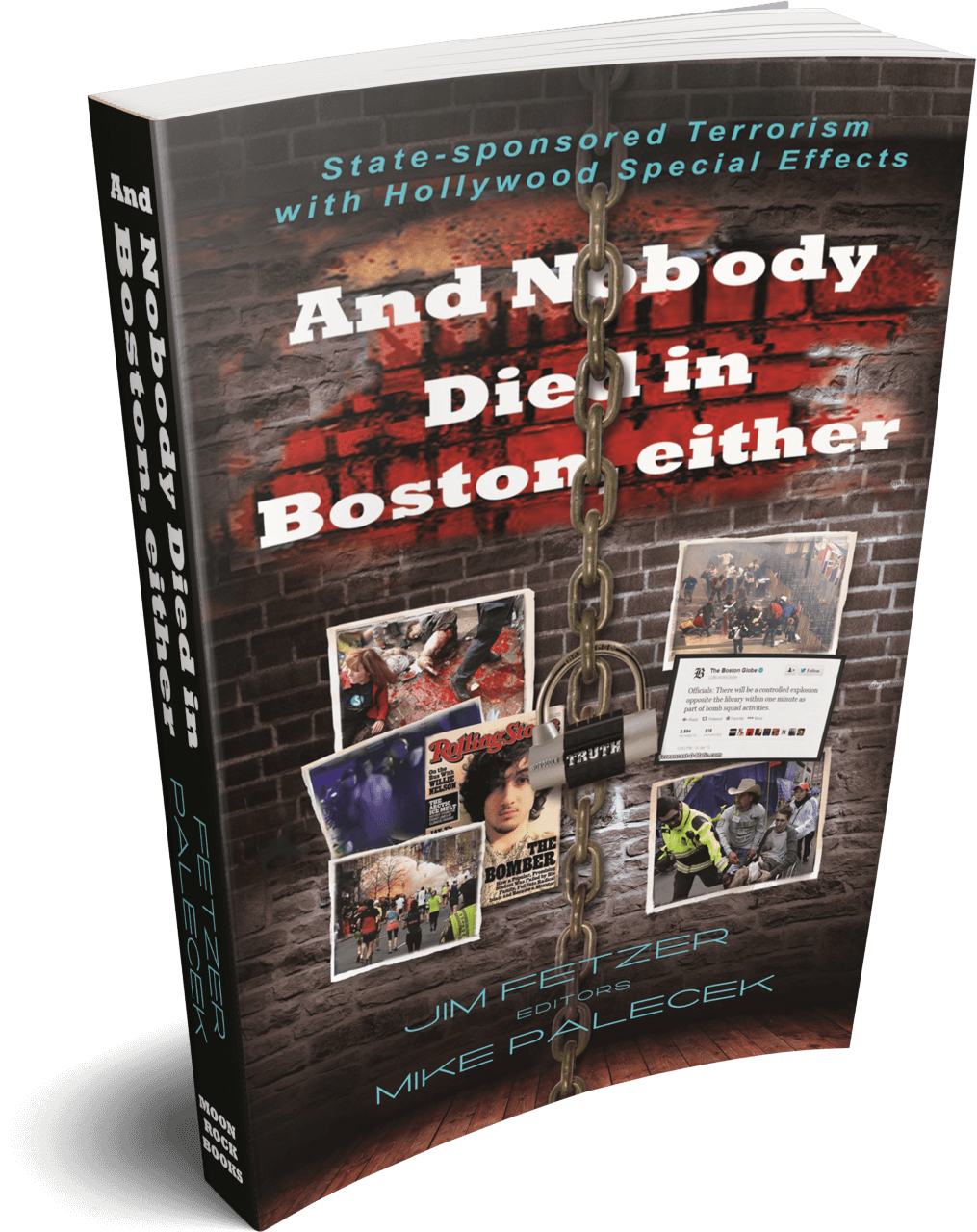 And Nobody Died in Boston, either

An exact analysis and detailed investigation of the Boston Marathon bombing that reveals it was another drill with Hollywood special effects, where none of the purported victims died and the two brothers were framed for a crime they did not commit.

The Boston Police were calling out on bullhorns, “This is a drill! This is a drill!” The Boston Globe was tweeting that a demonstration bomb would be set off for the benefit of bomb squad activities. There was noise and smoke but no blood, which only began to show up later. The smoke was produced by a smoke machine. It was done using amputee actors.

The backpacks that blew up were black nylon, but neither brother was wearing a black nylon backpack. The older brother, Tamerlan, was killed after he had been taken into police custody. It was a sham event to undermine the Fourth Amendment to the United States Constitution and posse comitatus, where the patsies were chosen to demonize Muslims, once again.

Those who planted the bombs were Craft International personnel, who were exposed by the alternative media on the day of the bombing. Dzhokhar Tsarnaev was convicted in spite of a mountain of proof that it was a drill.