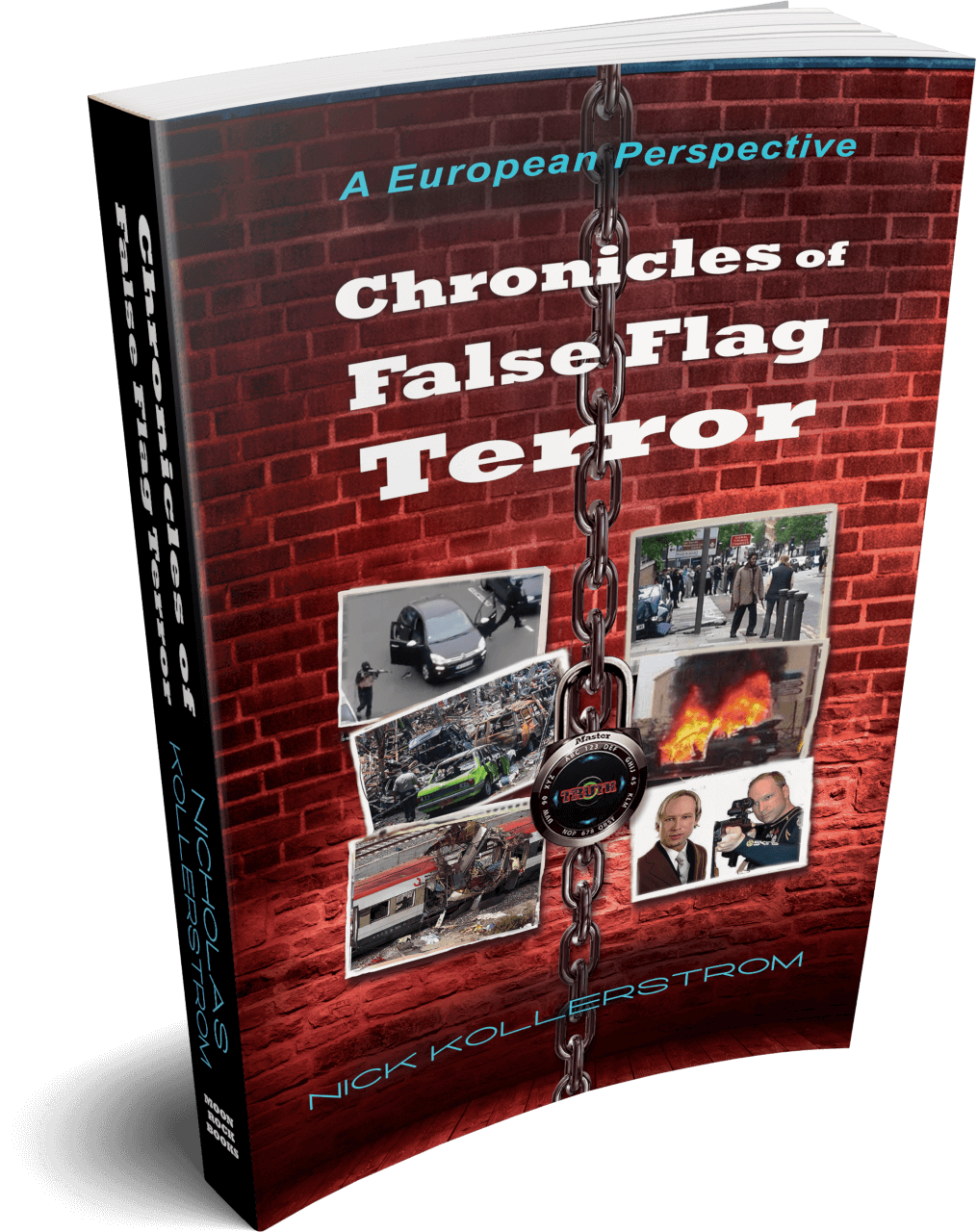 Nicholas Kollerstrom, Ph.D., the world’s leading expert on the London 7/7 subway bombings—where his book, Terror on the Tube: Behind the Veil of 7/7, An Investigation, is already in its 3rd edition—has made important contributions to exposing state-sponsored terrorism in the United States. With Chronicles, Nick accomplishes the admirable feat of combining breadth with depth, and the range he encompasses here is simply breathtaking. His work includes more than a dozen “false flag” events, where the alleged perpetrators are patsies and the identity of those manipulating them behind the scene turn out to be governments themselves, which makes it all the more astonishing. His research is thorough, meticulous and detailed.

The most important theme emerging from his latest research is a pattern of activity revealing the State of Israel as by far the foremost practitioner of state-sponsored terrorism in the world today—followed by the U.S.—which conducts staged attacks to instill fear in the public to make citizens more amenable to manipulation in promoting the government’s political agenda. This has included restrictions on the right to bear arms under the Second Amendment to endless wars of aggression in the Middle East, motivated by the orchestrated attacks of 9/11—for the benefit of Israel—by taking out the modern Arab states that constrained its domination of the region by creating “Greater Israel,” from the Tigris-Euphrates to the Nile.