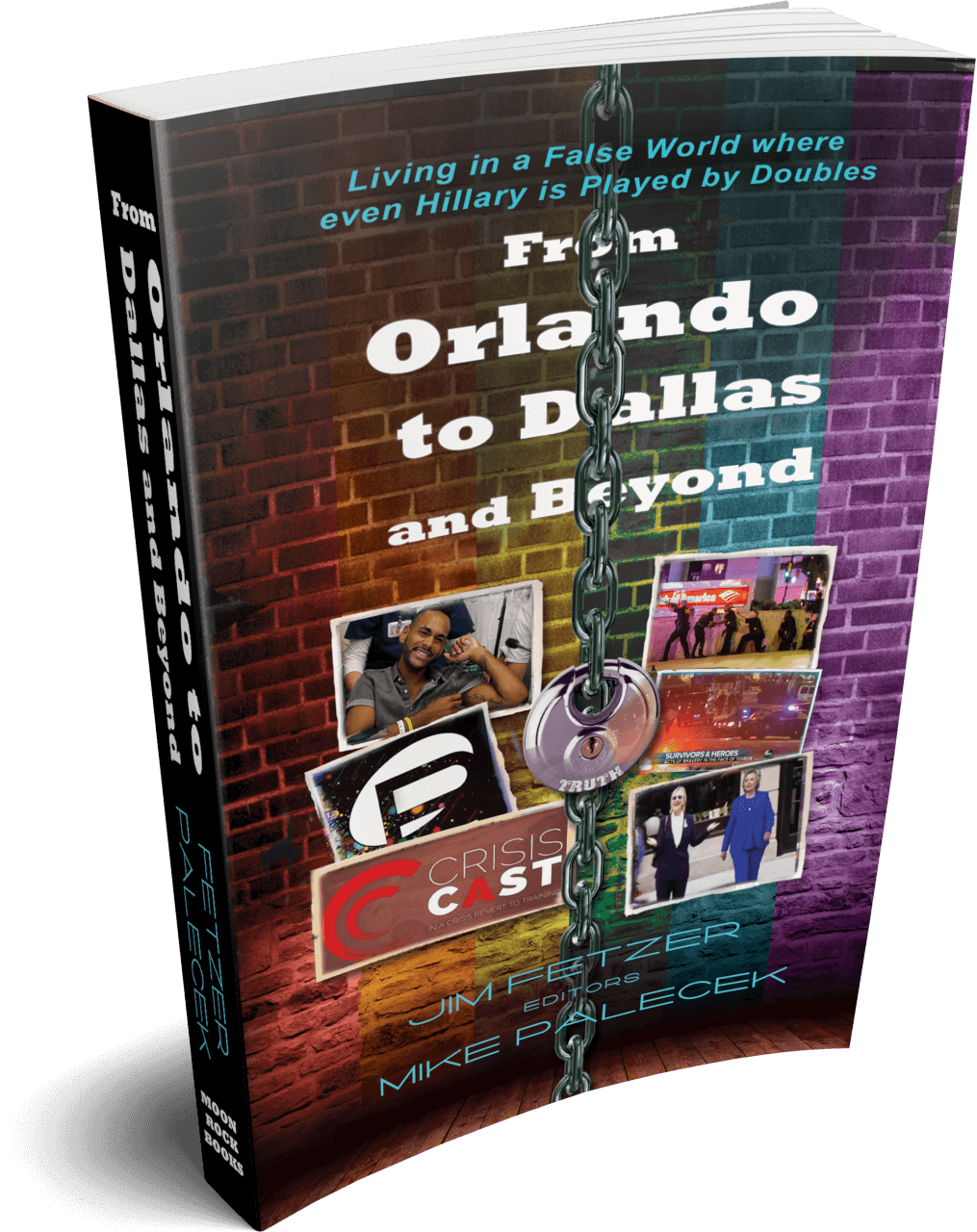 From Orlando to Dallas and Beyond

Our nation’s leading public intellectual was thereby responding to our work on Sandy Hook and the Boston bombing, but the extent and depth of deception by the American government with regard to the American people has no bounds. We even have a candidate for the office of the President of the United States resorting to the use of body doubles to keep the public from learning of the dire state of her health, which is copiously documented here. This is not theory: this is fact! The people are being played with the complicity of the mainstream media.

From Orlando to Dallas, Americans are being confronted with the recurrent use of photoshopped images and fabricated narratives of staged events, involving the use of (what are called) “crisis actors” and even phony doctors playing roles to fool the public. The Orlando Regional Medical Center has now announced that it is not going to be charging for its services in response to “the greatest mass shooting in U.S. history” as though this were an altruistic act; but because the shooting was staged and no one seems to have died, there was no one to bill.

The fakery has gone international “in spades,” where a sequence of events from Charlie Hebdo to Brussels to Paris and Nice are demonstrably fabricated, where the truck massacre in Nice has reached new depths of deception through the use of mannequins to impersonate victims of a nonexistent crime. When will the public awaken to the reality that we are being played for the sake of promoting political agendas? Television and newspapers today have become nothing more than instruments of propaganda and disinformation. George Orwell had it right.

We can no longer take for granted that anything reported by the mainstream is authentic or true. With the nullification of the Smith-Mundt Act of 1948, which precluded the use of the same techniques of information manipulation that the U.S. was employing abroad through Voice of America and other venues, the floodgates of fake news and fabricated events have been opened and no one can take for granted that they are being told the truth by NBC, CBS, CNN or MSNBC, nor by The New York Times, The Washington Post or other sources. Were it not for the alternative media, we could not separate reality from illusion.