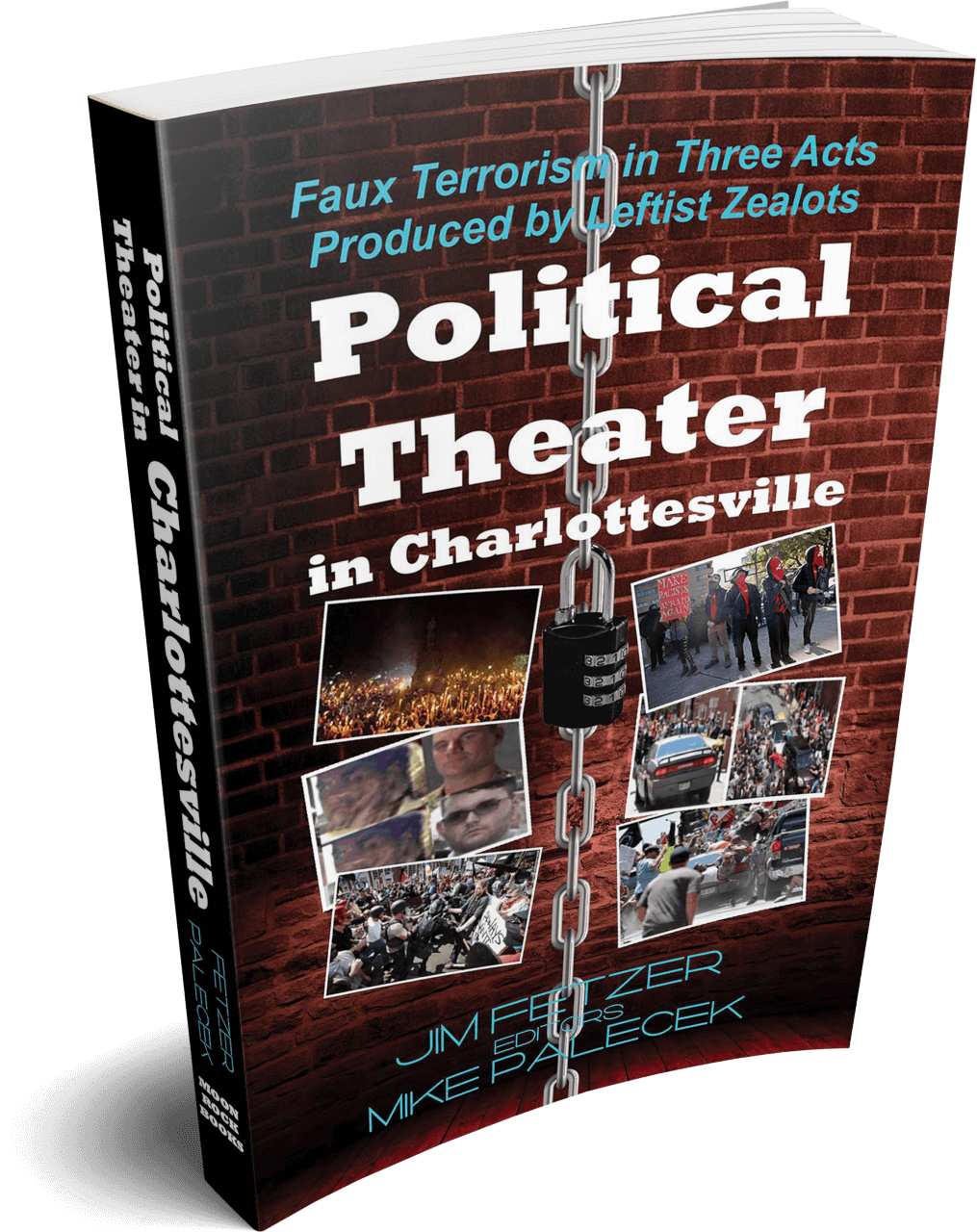 We are currently working on the second edition. It should be available in March.

On the eve of the fourth anniversary of the 12 August 2017 “Unite the Right” rally, and following publication of our first edition (242 pages) of this book, several significant developments to the Charlottesville incident have taken place. We now address these events with our second edition (350 pages), including a new Foreword by former member of the Louisiana House of Representatives (1989-1992) David Duke, who attended the protest, and three new chapters in Part VI: The Charlottesville Fallout: Highlights and analysis from the 220-page “Independent Review of the 2017 Protest Events in Charlottesville, Virginia”; recollections of a reporter embedded with Antifa and Black Lives Matter that day, with lots of unpublished photos; and major developments since the first edition.

We also include several new appendices: Appendix E, a timeline for these events, from the 22 March 2016 initial press conference seeking the removal of the “Stonewall” Jackson and Robert E. Lee statues, to the 13 August 2017 press conference conducted by Jason Kessler; Appendix F, a series of interviews, one with Jason Kessler on the eve of Unite the Right 2, and the second with Charles Edward Lincoln III, one of those who spoke at the 12 August 2018 event; Appendix G, a historical look at “anti-fascists,” from their beginnings in 1930s Germany to the similarities to current-day Antifa; and Appendix H, an update from Unite the Right organizer Jason Kessler, who delves into the present-day significance of the rally, and his ongoing persecution and legal battles since that August weekend.

The Charlottesville production was arranged in three parts:

Act I: A torch-lit protest around the statue of Thomas Jefferson on the campus of the University of Virginia, designed to draw the attention of the nation for the events the following day;

Act II: Local police stand down so VA State Police and National Guard could channel peaceful protesters of the removal of a statue of Robert E. Lee into a violent confrontation with Antifa and Black Lives Matter;

Act III: At an intersection several blocks away, the actors were set and the vehicles in place to film dramatic—and carefully contrived—video footage.

The objective was to transform Donald Trump (who wants to reallocate American resources from the Middle East to benefit the American people by putting “America First!”)—by successive stages in a semantic sleight-of-hand—into a White Nationalist, into a White Supremacist, into a neo-Nazi, and to promote the unraveling of American culture by an assault upon our history through the removal of icons of the past and an excess of “political correctness.”

The key players in this staged event turned out to be George Soros, who financed the event, Executive Producer; Terry McAuliffe, Governor of Virginia, Director, who controlled the National Guard and the VA State Police; Michael Signer, Mayor of Charlottesville, Assistant Director, who ordered the local police to stand down; Richard Spencer and Jason Kessler, who impersonated White Nationalist leaders to give the event a neo-Nazi flavor; Brennan Gilmore, a U.S. State Department operative who appears to have served with the CIA in Africa, Witness; Ford Fischer, as the On-scene Videographer; with Antifa, Black Lives Matter and stuntmen as Extras.

Left-wing zealots not only produced the Charlottesville event but others, such as Angela Rye, a former executive with the Black Congressional Caucus, has called for the removal of all monuments, to George Washington, Thomas Jefferson and Robert E. Lee, which would disfigure our nation’s capital. Even the United Nations has called for the suppression of freedom of speech under the First Amendment, claiming that America must not allow Constitutional Rights to be “misused” to promote “hate speech.” Charlottesville was designed and continues to be promoted to change what it means to be an American and to subvert our rights under the United States Constitution. We had better be paying attention!