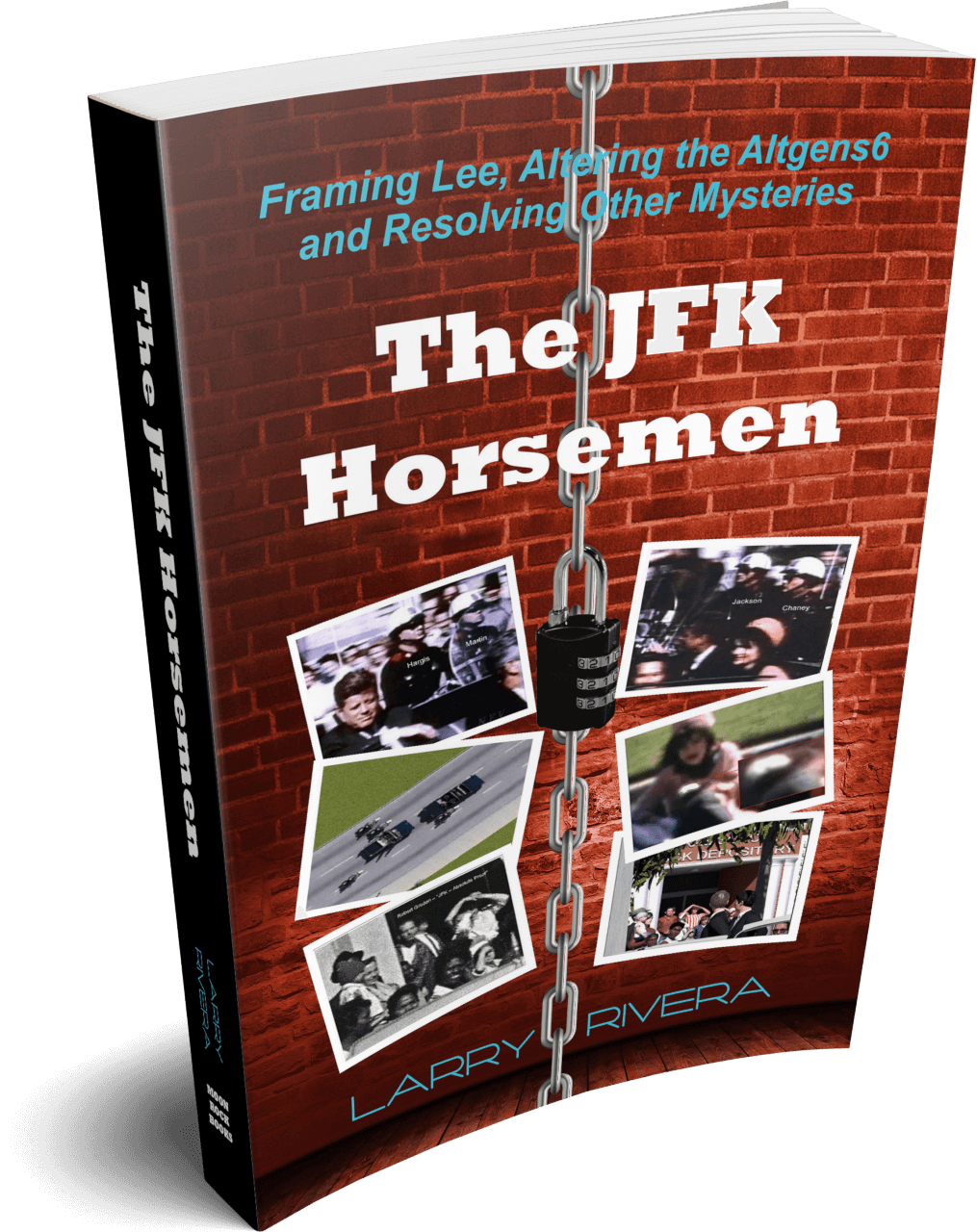 Framing Lee, Altering the Altgens6 and Resolving Other Mysteries

The definitive book that proves the innocence of Lee Oswald

Using unprecedented modern-day digital computer technology, Larry Rivera presents irrefutable evidence which in any court of law would exonerate Lee of the assassination of President John F. Kennedy. Rivera meticulously takes the reader through the intricacies of forensic digital overlays which prove that Lee was standing in the TSBD doorway while the assassination was taking place, that the backyard photos were cleverly manufactured to frame him, and how the 3D program Blender can re-create Dealey Plaza as it was originally on 22 November 1963, so that we can finally determine from where JFK was really shot that fateful day. As if this were not enough, Rivera reveals what really happened on Elm Street, as recently transcribed interviews with the motorcycle escort who were closest to JFK that day describe a heretofore unknown version of the event that shook this nation to its core and changed U.S. history forever.

Thanks to Larry Rivera, we finally know how and why Altgens6 was altered

After recovering misplaced interviews of the four JFK Horsemen by Fred Newcomb, a first-generation student of JFK, Larry discovered not only that all four confirmed the limo stop but that Officer Hargis had parked his bike and had run between the Presidential Lincoln and the Secret Service Cadillac up toward the grassy knoll from which he believed shots had been fired. Officer Jackson motored his bike up the grassy knoll until it fell over and then proceeded on foot in search of the shooters.

At the same time, Clint Hill rushed forward and pushed Jackie back into the car from the trunk, where she had climbed after a chunk of JFK’s skull and brains. Five Secret Service agents surrounded the Lincoln, one taking a piece of skull from a little boy and tossing it into the back seat. These discoveries have thereby revolutionized our understanding of the extent to which the films of the assassination—especially the Zapruder and the Nix—have been edited to remove the limo stop.