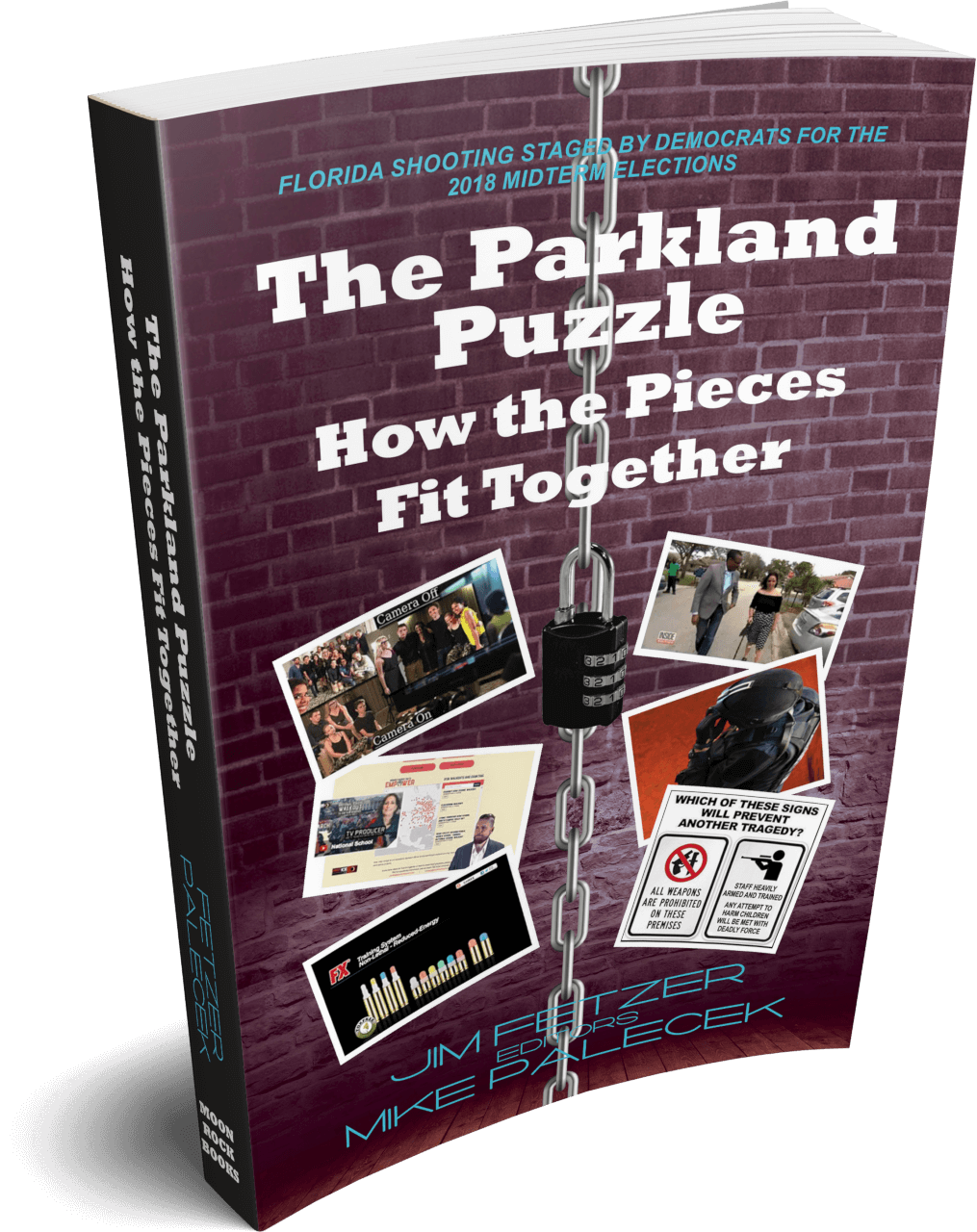 The Parkland Puzzle—How the Pieces Fit Together

Florida Shooting Staged by Democrats for the 2018 Midterm Elections

Former chair of the Democratic National Committee (DNC) Debbie Wasserman-Schultz (DWS)—who had sabotaged Bernie Sanders’s campaign by assigning 13 primaries he had won to Hillary Clinton instead—worried that the Democrats might lose as many as 11 seats in Florida alone. Additionally, the forthcoming trial of her IT guy—whom she had allowed to spy on her colleagues in Congress—would draw attention to the dirty tricks that she had employed and damage their prospects to retain control of the House. It was imperative to change the narrative to one favorable to her party.

DWS had seen it before at Sandy Hook, where a staged shooting had allowed Obama to sign no less than 23 executive orders to constrain our access to weapons under the Second Amendment, even though, as officials with his own Department of Education admitted to Paul Preston, it had been a drill, no children had died, and it was done to promote gun control. From that point on, scams have become a staple of the Democratic campaign techniques—and it must have been irresistible to do an instant rerun of another in Florida.

“March For Our Lives” on 24 March 2018 was officially inspired as a response to the Parkland shooting on Saint Valentine’s Day, which meant it had to have been organized, arranged and set up in about six weeks—about enough time to implement a bake sale at a local church! It turns out that, to feature an event in Washington, D.C., involving closing roadways, the process to obtain a permit must be initiated at least 180 days in advance, which they did, as a member of the D.C. Metropolitan Police would confirm before he was reigned in.

DWS appears to have reached out to Deena Katz, producer of Dancing with the Stars, for her advice on how to pull it off. You will find the complete story spelled out between the covers of this book, including using the son of an FBI expert on “crisis management” as school spokesman, and modeling a young woman after “Joan of Arc” in a film from 1928. The march would garner billions of dollars in free publicity for what was (properly understood) a voter-registration drive for the DNC. Until they are exposed, they will do it again and again!